Jane Cawthorne’s work has appeared in newspapers, magazines, literary journals and academic journals. In 2011, she was a finalist for the Alberta Writers’ Guild, Howard O’Hagan Short Fiction Award for her story “Weight.” Her essay, “Something As Big As a Mountain” was first runner up in the 2012 PRISM International Creative Non-Fiction Contest, and “The Cure for a Cancer Cliché” was shortlisted for the same contest in 2007. Her play, The Abortion Monologues, has been produced over a dozen times in the United States and Canada.

While completing her MFA in Creative Writing with the Solstice Program at Pine Manor College in Boston, Jane co-edited the collection, Writing Menopause: An Anthology of Fiction, Poetry and Creative Nonfiction, with E. D. Morin, and the book was published in 2017 through Inanna Publications. Their second book, Impact: Women Writing After Concussion, comes out in September 2021 with University of Alberta Press. Jane’s novel, Patterson House, will be published in spring 2022 with Inanna Publications. 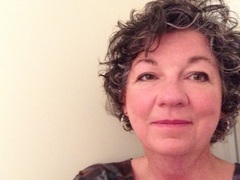 Read an excerpt of Jane’s work

Connect with her on: