Judy Galbraith grew up in the United States, but has spent most of her adulthood in Calgary. At one point in her career, she ran a small publishing company and self-published a children’s guide to Calgary, but the need for an income drove her back to a paying job. Since her retirement, she has been caught up in a number of writing projects including a novel. She is a member of the Writers’ Guild of Alberta and the Alexandra Writers’ Centre Society. Her work has appeared on CBC’s Alberta Anthology and her short story, Homeland Security, won 2nd place in the 2008 Freefall Magazine contest.

Read an excerpt of Judy’s work 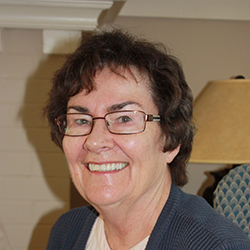 You can observe a lot just by watching.